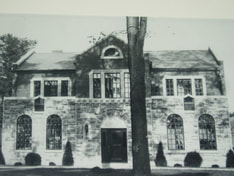 The Watershed Agricultural Program Review Committee is made up of representatives from Onondaga, Cayuga and Cortland counties, along with City of Syracuse representation.  Click here WAPRC to see its membership through the years.
WHY DO DAIRY FARMS BUILD SATELLITE MANURE STORAGE STRUCTURES?
Manure storage is an important environmental protection practice and more dairy farms across NYS are installing or adding to their storage capacity.  Manure storage allows for improved application timing so that nutrients can be better recycled for crop use.  Farms that are regulated or that receive state or federal cost sharing must design and build manure storage in accordance with strict USDA-NRCS standards.  New regulatory requirements are bringing additional limitations that affect when manure may be applied making adequate manure storage capacity a necessity, and this will also drive an increase in construction of manure storages.  Many farms have built manure storage structures near the barns where the animals are housed for ease in loading. Manure needs to be applied at an agronomic rate to crop land, according to crop need, and this means manure must be transported to most fields operated by the dairy, some near, some far.  Further, traditional bedding sources like straw or sawdust have become very expensive or difficult to find, so many farms provide mattresses or have turned to bedding with sand or recycled manure solids for cows in freestall housing.  This results in manure with a liquid consistency, and often containing 90-95% water.  This watery material is bulky and presents challenges to move around at the optimum spreading time to land that grows crops for the cows.  For these reasons, it often does not make sense to enlarge or add a second manure storage structure at the home location, but to create storage near other blocks of land where manure will be land applied anyway.  These structures are referred to as satellite storage.  A satellite storage allows farms to pump or transport manure during less busy times and in ways that reduce traffic intensity and odor prevalence.  This is a benefit for the environment, neighbors, and the farm.   This system also allows farms to focus on manure application when the land is ready, as the time-consuming aspect of hauling was taken care of before the growing season starts.  This means more timely manure application and also better results for the farm and the environment, because risks of nutrient loss are lower when timing is better.

Skaneateles Lake is situated in the picturesque Finger Lakes Region of New York State. It is 15 miles long and 0.9 miles wide at its broadest point. The lake has a surface area of 13.6 square miles, and a maximum depth of 300 feet. Despite its small size of 59 square miles, the watershed has 150 tributaries. It has been estimated that the lake holds approximately 412 billion gallons. The watershed lies within three counties – Onondaga, Cayuga and Cortland, and seven townships – Skaneateles, Spafford, Niles, Sempronius, Scott, and parts of Marcellus, and Owasco; it is surrounded by farms, lake shore cottages, several marinas, two golf courses, an airport and approximately 20 small businesses. There is no protective buffer around the shoreline. Skaneateles Lake has been the primary drinking water source for the City of Syracuse since the 1890s and is one of a handful of unfiltered water sources in the country that provides drinking water to a major metropolitan area. Approximately 43 million gallons per day are used to supply drinking water to over 200,000 people.

The waterworks system we know today came about from a series of events, mainly due to the necessity of supply and demand. Things to consider back then,

¨ Earliest Syracuse residents depended on springs for their water supply. A string of hollow hemlock logs from Lodi Springs, at the foot of James Street, delivered water to Almond and Fayette streets.

¨ In the early 1800’s high death rates from cholera and typhoid nationwide, which was spread through polluted water supplies.

¨ By the 1850’s the early spring fed water supply system for the city of Syracuse no longer accommodated its residents.

In 1864 the Onondaga Hill Reservoir was built with a capacity to hold 132,000,000 gallons of water. This reservoir was unlined and would dry up in the summer. The decomposition of eel grass made the water unfit for drinking. These factors resulted in the construction of Woodland Reservoir which is in operation today.

¨ The former Syracuse Chief Engineer and Superintendent of Water Works later described the water produced from the various sources pre-dating the construction of the present system as being “unfit for any purpose except for such things as flushing sewers and extinguishing fires.”

¨ Other water sources that were considered included, Otisco, Oneida, Cazenovia, and Skaneateles Lakes, Onondaga Creek, the Seneca and Salmon Rivers, and Lake Ontario. Chemical and bacteriological water quality tests were performed to compare hardness, color, odor, solids, organic matter, and number of bacteria for domestic use, as well as suitability for manufacturing and for use inside large boilers. Unanimously, Skaneateles Lake water was chosen.

¨ The passage of the water bill was a two year process and the City almost lost its bid for Skaneateles water, but on May 9, 1890 the State Assembly passed the resolution and thus began the undertaking of designing and constructing the new water system.

¨ Today water is taken from the lake by way of two 54-inch diameter steel intake pipes and flows via gravity on a 19.25-mile trip to the city of Syracuse. The lake water is filtered only by coarse screens; chlorination and fluoridation are the only treatments necessary.
Watershed Program Team:
Cornell Cooperative Extension -  USDA Natural Resources Conservation Service - Soil & Water Conservation District